Search for Hotel Only 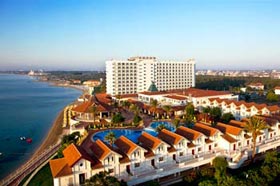 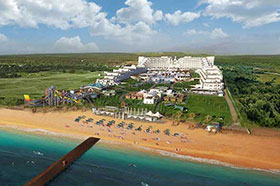 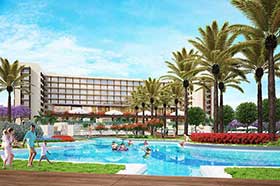 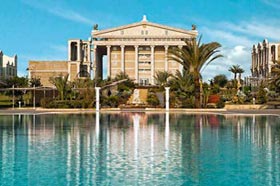 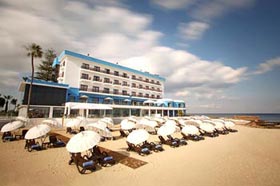 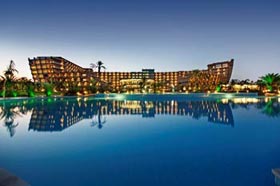 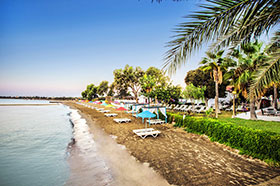 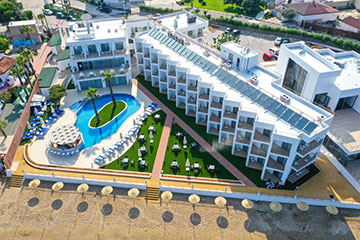 This port city Famagusta is in the east of the island and is famous for its historical culture. It was built to replace the city of Salamis which was razed by the Arabs in 648 AD.

The height of Famagusta's development was when the crusades started and the it became the stepping stone for the crusaders who having looted the holy lands invested in the city to make it one of the wealthiest ports in the Mediterranean. In its heydays there were more churches in this one city than the rest of the whole island.

With the threat of the ottomans occupancy large sums of wealth was used to defend Famagusta and the economy of the city slowed down eventfully when the ottomans conquered the city in 1571 it lost its importance and went into a cultural slump.

When the island was rented out to the British empire further damage to the rich historical sites was done by taking most of the stones from the buildings and shipped for the construction of the Suez Canal.

The modern Famagusta is a bustling city boasting the biggest university of Cyprus. The students swell the population during the academic term by more than 15000. There are many bars and restaurant not only inside the walled city but dispersed all over the town and provide night life rivaled only by Kyrenia.

Famagusta has one of the best beaches in Cyprus in Karpaz peninsula and a national park where the wildlife is combined with natural beauty. So when you are holidaying in North Cyprus we do recommend you to join one of the tours to Famagusta.

All package holidays sold on this website are ATOL protected (ATOL Number 10505).

All the transactions made on this website are 100% Secure.

17 Years of Holidays in North Cyprus.